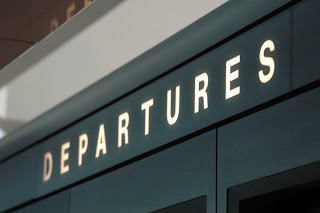 Generally used within the field of linguistics to explain the way people so easily transition from one way of speaking to another, code-switching is defined as the practice of moving between variations of languages in different contexts.

In the context of my old life I spoke in terms of us, we, a future that seemed defined yet I couldn’t imagine actually living.

In the context of the past year, I’ve moved between the language of love and heartbreak seamlessly, from us and we to I, unable to imagine a future at all much less how I would actually live through it.

In the context of the past few months I’ve had to learn bits and pieces of a new lexicon, one of possibility and the unknown, one that allows me to stand alone without my context, without that which has given structure to my entire adult life. What emerges is a collection of unfamiliar morphemes, a diction from which I might construct a door to a new life that hinges only on one thing: what I want.

As I entered the world of dating, I began, haltingly, to learn yet another dialect. This one allows me to speak exclusively in terms of what really matters, of what I want to share and what I want to know.

After a few dates with guys who are nice but not really more than nice, I am sort of taken aback by my immediate interest in the nerdy musician/technology consultant guy.  Stepping off the bus in my engineer boots, heavy travel bags slung over each shoulder, I first see him from about 30 feet away as he walks around his not-fancy Toyota truck to meet me. I like not-fancy, and I am partial to the sound of a 6-cylinder Toyota engine.

I feel a subtle hitch in my breath and something inside me does a little dance. I hadn’t been nervous but now I am.  He has dark hair. He is slight but not in that about-to-blow-away way. Pale arms with even paler inner flesh and blue veins that I immediately imagine tracing with my fingertips. Glasses. Greenish hazel eyes. A kind face and a laugh that comes easily.

He is f*ing adorable, I say to myself as we get settled in his truck. This is noteworthy because I don’t use words like adorable. We’d agreed to meet at the airport because he lives in LA and I live about 3 hours away and had to catch a flight. I don’t know much about dating but I’m pretty sure these are not normal dating circumstances, and the element of peculiarity only adds to the already thermal energy swirling around us in the small cab of his truck.

As we circle LAX we are both laughing at the realization that we know nothing about each other or where we’re going. Our emails were abstract, completely without small talk or factual information other than what time I would arrive in LA. We are strangers meeting face-to-face for the first time in a place where people go only to travel somewhere else. This seems like the best possible beginning of whatever this is, no matter how it turns out.

We end up at a Thai restaurant that’s packed with a lunch crowd and the time passes too quickly. I realize at some point that I would like to kiss this man, but with this being a lunch date it’s not likely to happen. I am a little disappointed and I spend the rest of lunch trying not to think about how his rough jaw might feel against my neck.

When he returns me to the airport, we say goodbye and talk loosely about getting together again. You never know if that really means anything, but I can’t help but feel that he was at least as interested in me as I am in him. I have hope. I feel visible, interesting. Alive. After 365 days of what has felt like constant rejection, I am no longer just a lonely girl with a broken heart. I get to dabble in a language I would like to learn.

During nerdy confessionals over lunch, he had told me how he and a colleague send each other messages in binary code and that you can find a simple translator online. Later, when I’m waiting for my plane, I look it up and send him an encoded message. What I want to say is you had me at binary, but feeling insecure about making a Jerry Maguire reference (this IS LA) I instead go with something silly about a sci-fi TV show I like much more than his beloved Star Wars. He replies with you had me at 0.

We do actually meet again, at the airport where he is subjected to yet another vehicle search because of his truck. I feel a little guilty (and flattered) that he’s so willing to put up with the annoyances of Los Angeles’ insanely busy airport not once but twice (technically four times if you count pick-up and drop-off visits separately) in order to hang out with me.

This time we get a few more hours together, though we’re still hemmed in by transit schedules since I have to catch a 7 pm shuttle home. There are no awkward moments, or if there are I am oblivious. We get coffee, walk around Venice, and finally land in a busy restaurant where we eat pretentious cheese and bread, gnocchi that melts the way gnocchi should, and a subtly flavored squash and kale soup. I have no appetite; my stomach seems to be preoccupied in a way that is unfamiliar to me, as though it, too, is learning something new.

At some point he announces his ineptitude at the tango, we talk about things we’re good at that involve our feet. His: out-fielding, as in catching balls that fly through the air during team sports. Mine: rock climbing, as in wiggling my way up the side of a mountain like a lizard but with the assistance of ropes and anchors. Both of which are essentially useless skills in every day life. After what feels like an hour but is really four we’re headed back to LAX. We pull up to the curb and he says he would like to give me a kiss. I look around and though we’ve only been sitting there for about half a second, a troll of a man wearing airport security garb is barking and waving us on. We laugh. Maybe not here.

He pulls up a hundred feet and there’s no question whether I want to kiss this not-too-serious and apparently supreme outfielder. Feeling like a teenager waiting for the bus I take another look to see who might be watching, as though it matters. I feel his fingers lightly on mine against the worn fabric of the bench seat and turn. He kisses me, and the second our lips touch I have no breath and my brain switches to some other language that I feel like I know but have forgotten. He is not shy and kisses me for real and the whole time there’s a tiny balloon at the base of my throat.

On the bus ride home I listen to music I love – a language I understand but cannot speak – and allow the memory of that kiss to quicken my pulse over and over. It’s dark outside the bus window, but for the first time in 2011 I see the faintest outline of hope as the moon creeps over the shadowy peaks of Tejon Pass. This is actually my life.

The next day we exchange binary messages again, this time his is double-encoded and I’m extremely proud of myself when I decode it the first try. He says, simply, can’t wait to see you again.

Just before airport date number two I had met with my therapist, and as I sit now, huddled under my down comforter on my bed, in my tiny house in the foothills where winter is just settling in, I think about what we determined I have to do in order to truly move forward with my life. We talked about how the first thing she had said to me during our initial conversation was that it’s okay for things to fall apart because that’s how you get see what’s really inside. I have to let go of my context, my story, in its entirety. Let go of the ghostly tendrils that remain all of life’s little betrayals, all the rejection and the unrequited love. Hang onto the dream but release my hold on the specifics, which, as anyone knows, only slip away in dreams.

If I want to really open myself up to connect with someone new, if I really want to be able to risk it all and live the life that’s waiting for me, then I have to learn a whole new language that is based on what happens from this point forward. I have to allow myself to move fluidly between all the codes, characters and signifiers that help me define this life. At some point, and some point soon, I have to say goodbye to my old life for good.
Email Post 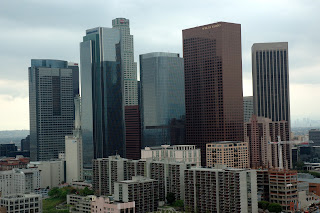