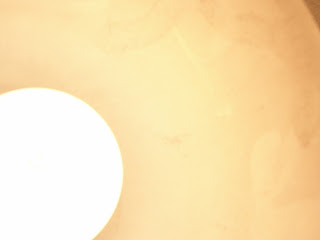 Not knowing when the Dawn will come,
I open every Door,
Or has it Feathers, like a Bird,
Or Billows, like a Shore
--Emily Dickinson

The cat woke me by puking
on the freshly washed rug
and as I wandered, dumb-footed,
from bed to bathroom I noticed
a certain brightness along
the periphery of sleep.

It was as though dawn had begun
but only inside my apartment,
and I when I looked out the window
I saw a glowing orb about the height of a man.

It was a white balloon of light pressed
against the edge of my building
but I couldn’t see what was going on below,
(filming, probably)
so I went back to bed, wondered if I’d been dreaming,
if the light was really as bright as it seemed,
when suddenly someone clicked it off.

The room returned to its usual
pre-dawn dimness, as though
the sun had decided not to get up
after all.

Later, during ordinary waking hours,
I saw that the cat’s damage was nothing
the washing machine hadn’t seen before,
and the Internet gave me a trademarked name
for the mysterious sphere.

Enigma solved, I almost wish I didn’t know
and I wonder if someday I’ll look back
at this time of not knowing where life is going
and I’ll long for all the hours I spent inventing answers,
for that moment when I wondered if the light
around me was really as bright as it seemed. 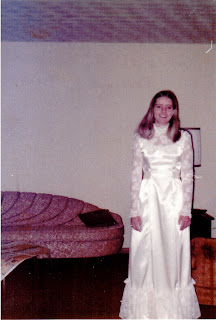